40TH ANNIVERSARY OF “KISS YOU ALL OVER” 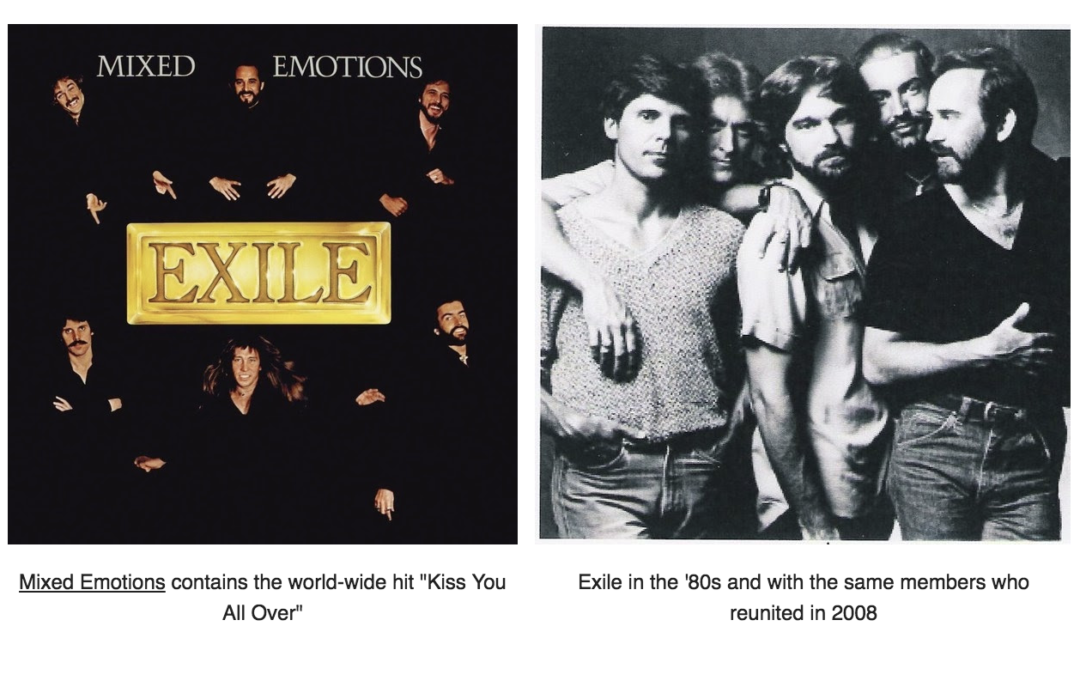 2018 marks Exile’s 55th year as America’s longest running band. On September 30, 1978, the award-winning band, who had initially set out to play small clubs in Richmond, Kentucky back in 1963, skyrocketed to world-wide fame with their multi-week chart-topper “Kiss You All Over.” The song was an instant hit in over 60 countries and made the Top 5 of Billboard’s Year End Hot 100 Singles of 1978, then breitling replica later scored in the Top 10 of Billboard’s The 50 Sexiest Songs of All Time category. The iconic song has been showcased in feature films such as “Happy Gilmore,” “Employee of the Month,” “Zookeeper, “Wildhogs,” and is played in it’s entirety at the end of the 7th episode of “Mindhunter” currently available as a Netflix original.

As Vinyl Confessions recently discovered, “Forty years ago, Exile would be one of only two fresh bands to score a Number One hit; the other being Player of “Baby Come Back” fame.” For the Kentucky Music Hall of Fame members, their four weeks at the top of the cheap rolex replica pop charts helped the group sustain into what is now an unheard of 55-year career. Original member and keyboardist Marlon Hargis told Vinyl Confessions, “Literally in a week, everything changed. One Friday night we played in Lexington for the door money and the next Friday we flew to Los Angeles to do The Midnight Special and be on an Aerosmith tour.”

More on EXILE:
In the early 1980’s, Exile began to focus on country music. During their run on the country charts, Exile had 10 number one singles including “I Don’t Want To Be A Memory,” “Give Me One More Chance” and “She’s A Miracle.” The band wrote their own songs, played on all their rolex replica watches recordings and also proved to be prolific songwriters composing hits for other artists such as Alabama, Restless Heart, Engelbert Humperdinck, Huey Lewis, Diamond Rio, Janie Fricke and many more. During this country phase of their career, Exile received 11 nominations including Vocal Group of The Year and Best Instrumental Performance for the panerai replica Country Music Association and Academy of Country Music awards. For more info visit Exile.